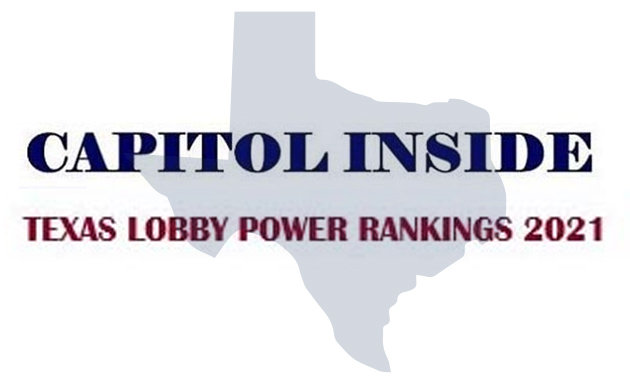 Capitol Inside published their 2021 Texas Lobby Power Rankings yesterday, a list released each legislative session year along with rankings for political consultants, legislators, campaigns, and more. This year, Public Blueprint CEO David White was ranked in the top 10 on their Hired Guns list:

“A former high-level advisor to Comptroller Glenn Hegar and his predecessor Susan Combs, White has been the Johnny Hustle of the Austin lobby in recent years, working his extensive connections with a joyous intensity with the goal of being number one with no time to waste.”

Lee Loya, who joined Public Blueprint as a Government Relations Associate in November, was also featured #8 on the Rising Stars list.