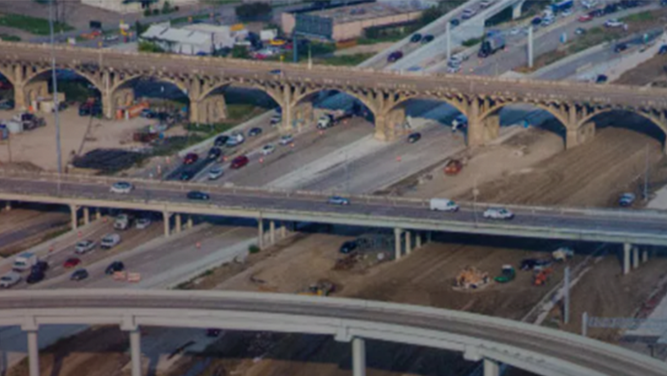 Frustrated by tea party activists’ vehement opposition to toll roads, such as the proposed “managed lanes” for Interstate 635 East in Dallas County, the transportation funding boosters have formed Texans for Traffic Relief.

As motorists hit the road for the Thanksgiving holidays, the nonprofit will launch a website and begin educational efforts, said spokesman David White.

“Common-sense solutions” that add to available road money and embrace innovation are crucial to easing congestion, he said.

White, a GOP lobbyist and public relations adviser with roots as a conservative activist, said Texans for Traffic Relief would engage commuters in North Texas, Houston, San Antonio and Austin. It will inform them about how the Texas Department of Transportation’s finances aren’t rosy and ask their views on what should be done, he said.

“The Legislature has made historic investments in transportation, but with our exploding population growth it is not enough,” White said. “Raising taxes is off the table, so if we aren’t going to take advantage of innovative opportunities to fund our roads, then I guess we can just ask Santa Claus to pick up the tab.”

White’s group embraces managed lanes where the new lanes are built with government money. It says Texas also should consider expanding capacity with private investors’ money. Companies once again would be allowed to lease portions of existing right of way and build and operate toll lanes.

Ordinary Texans need the facts “about the challenges facing Texas’ strained transportation system,” which are dire, he said.

But Terri Hall of San Antonio, founder of the anti-toll road group Texans Uniting for Reform and Freedom or TURF, waved off the new group. It’s just one of many she’s fought since 2005, when she started organizing against toll roads, she said.

“We’ve had Texas Good Roads, the Association of General Contractors, every chamber of commerce, every mobility coalition around the state and the association of all the engineering firms,” she said. “They’ve been coming at us for a long time. They’re on the wrong side, and that’s why they keep losing.”

Patrick and Bob Hall have depicted the commission as flouting the will of the Legislature.

In written statements, Bob Hall has accused Bugg and the other commissioners, all of whom were picked by Abbott or former Gov. Rick Perry, of “defiantly refusing to acknowledge or follow [Abbott’s] very clear instructions.”

According to the commission’s October briefing materials, though, TxDOT can identify only 14 percent of the federal, state and local money it would take to embark on six major projects for relieving Dallas-Fort Worth. That includes the $1.8 billion “LBJ East” project on I-635 and a $3.2 billion improvement to I-35E between I-635 in Dallas and Denton.

How to fund local projects?

Six major projects for relieving traffic congestion in Dallas-Fort Worth are underfunded, according to the Texas Department of Transportation.

Commission member Victor Vandergriff of Arlington, a Perry appointee, said he sympathizes with people who believed TxDOT finally has received ample state funds and are upset to be told that’s not totally accurate.

“I understand there’s an angst about toll roads and public-private partnerships,” in which private companies put up money for construction, said Vandergriff, former chairman of the North Texas Tollway Authority.

When Perry was governor, Texas filled in gaps by borrowing on the state’s credit — issuing  bonds — and resorting to toll projects . The projects relied on private companies or government toll agencies to put up capital or take on debt for up-front construction costs. Over time, drivers’ tolls are then used to repay those costs.

The tea party, among others, has led a backlash against both tolls and what it claimed is excessive state debt. So those “financing tools” have fallen out of favor, Vandergriff noted.

“There was an asterisk associated with it and that is it assumes the use of all these financing tools” from the Perry years, he said. “We don’t have those anymore, so it has an impact.”

So voters in 2014 and 2015 approved state constitutional amendments that shifted existing tax money from savings and the general budget to the State Highway Fund. Road spending also got a boost from lawmakers, who stopped diverting nearly $700 million a year from the highway account to pay for state troopers and transportation functions by other departments.

Instead of a net increase of $5 billion a year in new money, though, “it’s probably closer to $4 billion,” Vandergriff said.

“We’re in a better position than we were but it remains to be seen how far we can go” in easing congestion, he said. “Hard choices have to be made.”
Earlier this month, though, Hall’s TURF and dozens of other tea party, libertarian and social conservative groups sent a letter to state leaders and key lawmakers scolding TxDOT for “squandering the new funding on lower-priority projects.”

She said “unelected boards,” such as the commission and NTTA, “are imposing virtually a runaway tax system” of expensive tolls.

While Texans for Traffic Relief opposes higher taxes, it also is against doing nothing, White said. He predicted inaction would force an eventual tax hike. State and federal gasoline taxes haven’t been increased in more than two decades. Inflation has sapped their purchasing power, road planners and highway industry leaders complain.

Hall said the new group “will be representing the money boys.”

White said that while some engineering firms, road contractors, equipment rental companies and haulers are likely to join, the group has no financial commitments yet.

White, no stranger to GOP politics, is a former state chairman of the Young Conservatives of Texas who’s worked for staunchly conservative Republican politicians such as Railroad Commissioner Wayne Christian.

He said his group’s members will travel to political meetings around the state to rebut the anti-toll road activists’ criticisms of the proposed 10-year road plan, known as the Unified Transportation Program.

The commission is scheduled to consider the 2018 version of the plan Dec. 14.