Lee’s twenty years of political and legislative experience enable him to provide our clients with successful strategies to navigate the Texas Capitol.

Lee’s extensive experience has taught him how to work in a bipartisan way and get things done, no matter the issue. He has served in many roles and for many notable legislators, becoming well-known around the Capitol for sound policy advice and expertise in the legislative process and its nuances.

Lee’s passion and devotion to public service and politics was embedded in him from a young age. He started his career as a legislative liaison for former State Representative Kino Flores, soon becoming his chief of staff and leading the office while he chaired the House Committee Chair of Licensing and Administrative Procedures. Upon Rep. Flores’ retirement, Lee became a policy advisor for the current House Public Health Committee Chairwoman Senfronia Thompson, where he dedicated much of his time to serving the people of Houston, as well as producing an annual anti-human trafficking convention with leaders from around the world.

Most recently, Lee was chief of staff for eight years for House Appropriations Vice Chairman Oscar Longoria. He gained valuable experience with the budget writing process and with the Legislative Budget Board, with Rep. Longoria’s office passing several laws impacting the banking and financial industries in Texas. 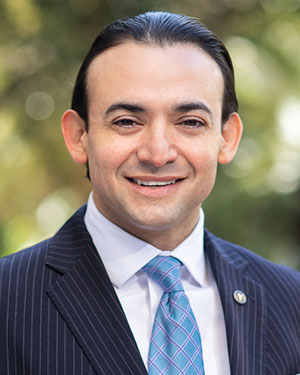 Lee dedicates much of his time outside of work building relationships in the Capitol community, as well as within industry associations, professional societies, nonprofits, and more.