Jose’s deep network and campaign experience on the state and federal level enable him to act as the eyes, ears, and voice for our clients’ issue in every corner of the state.

Jose brings both Texas and D.C. political experience to the team, which has enabled him to cultivate genuine relationships across our state and nation. Along with his network, he brings an unparalleled work ethic and a keen attention to details and event logistics to the Public Blueprint team.

Born and raised in Houston, Jose got his start in politics in college where he volunteered on various local and state campaigns and grassroots efforts. Jose has served on Public Blueprint’s outreach team for over three years before spending time with the RNC in Washington D.C. during the 2020 elections. Jose then returned to Texas and rejoined our team in Austin. Prior to these positions, he served as a Regional Field Director in multiple primary states and later as the Delegate Operations Manager for Texas on the Ted Cruz for President Campaign.

Jose graduated with a degree in Business from the University of Houston in 2014 with an emphasis in Marketing. He is an avid runner, enjoys hiking, and cycling in his spare time. 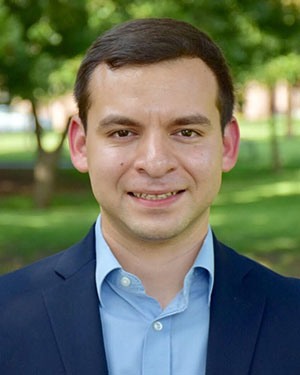