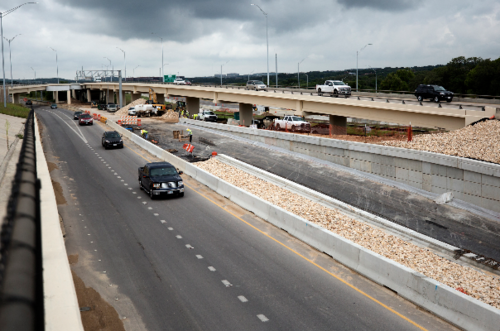 In an attempt to manage the growing congestion on Texas highways – and the corresponding rates of frustration for drivers – the Texas Department of Transportation, or TxDOT, has been implementing what could be called  a market-driven approach to driving. Rather than spend more state dollars on highway-building, Texas has turned to the private sector, which has built toll roads where the cost to drivers fluctuates with traffic demand.

Bob Garrett, an Austin bureau reporter for the Dallas Morning News, says even conservative, free-market-loving Texas officials think something’s gone wrong with how the state funds its highways and how much it costs individual drivers must pay for the privilege of using them.

With opposition to toll roads at an all-time high, Garrett says a new group, Texans for Traffic Relief, headed by lobbyist and former conservative activist David White, aims to educate commuters about the cost of highway construction. The group’s message is that if Texans don’t want increased taxes, but do want more roads, then the money will have to come from somewhere – including tolls..

In 2015, voters approved dedicating a portion of sales tax revenue to road projects, provided the money would not be used for building toll roads. In October, faced with a shortage of road-building funds, TxDOT discussed the possibility of diverting some of that money to “managed-lane” projects, Garrett says.

“Boy, did the Tea Party react negatively to that,” Garrett says.

Toll roads aren’t popular with those who drive them, either, as congestion-pricing rates and late-payment penalties strain pocketbooks.

“The nub of it is that under Rick Perry, we tried to build our way out of this congestion without putting more tax money in it – by doing more toll roads,” Garrett says. “And now, for the last five years, we’ve been backpedaling from toll roads. The question is, have we put enough money in it to really catch up with our deficit.”